You must have encountered the word Blockchain many times lately. In fact, if you are into banking, investing, or cryptocurrency, you may be familiar with it as the record-keeping technology behind bitcoin.

The world became aware of blockchain technology after Satoshi Nakamoto launched Bitcoin in 2009, at least on a much larger scale. By allowing digital information to be distributed and decentralized but not copied, blockchain created the backbone of a new type of internet.

Have you ever wondered about the processes of building a web app using blockchain technology?

Nascenia organized a workshop on “Basics of building a web app using Blockchain technology” on October 12, 2019, at the Islamic University of Technology (IUT). It was an interactive and enjoyable as well as an educative workshop, conducted by Fattahul Alam (CTO, Nascenia), Nahid Ebna Hasan (Sr. Software Engineer, Nascenia) and Khaled Md. Imran (Sr. Software Engineer, Nascenia). The program was specially designed for students who are interested to pursue their career as a Blockchain Developer.

Let us share some moments from that workshop with you: 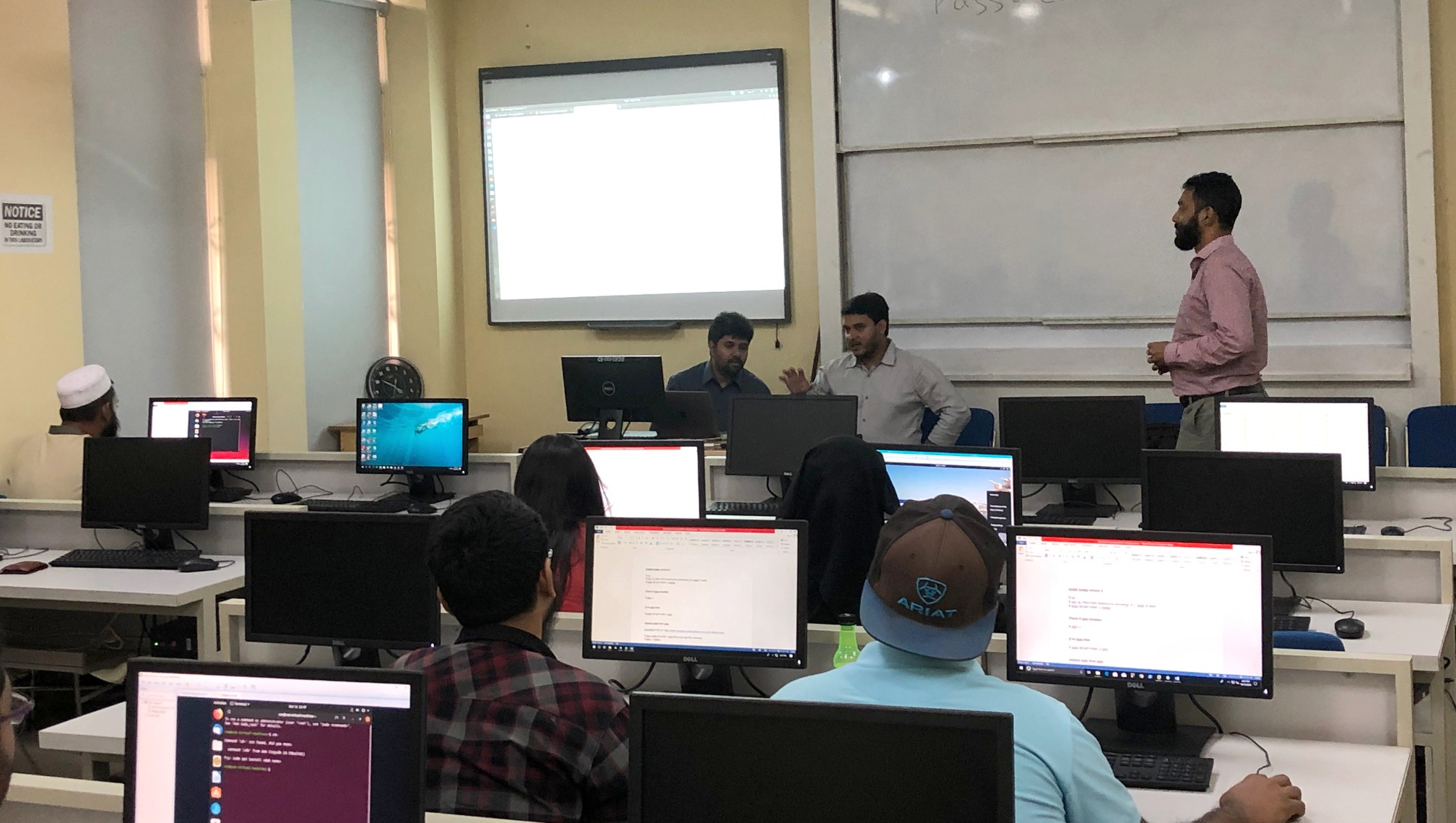 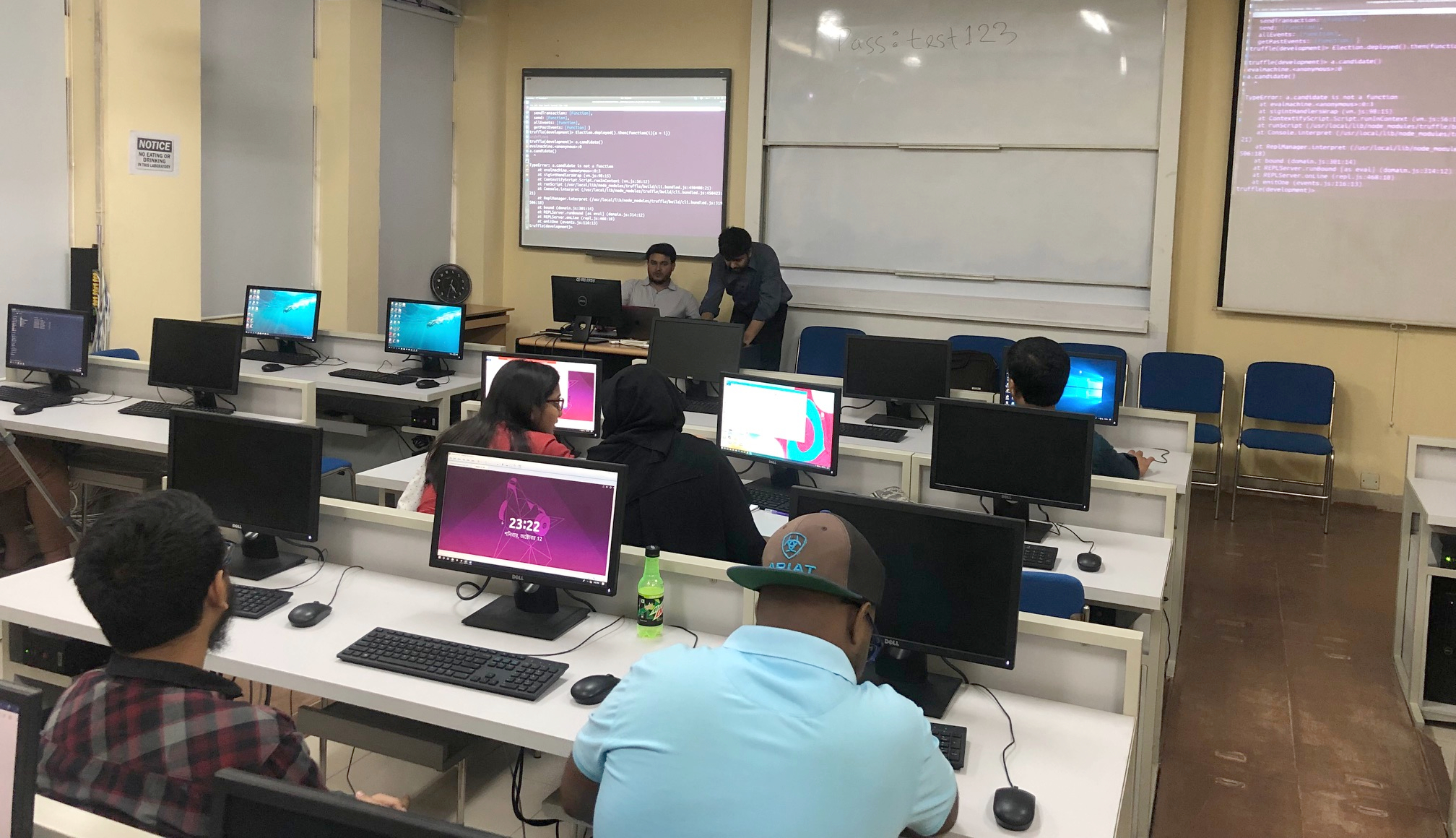 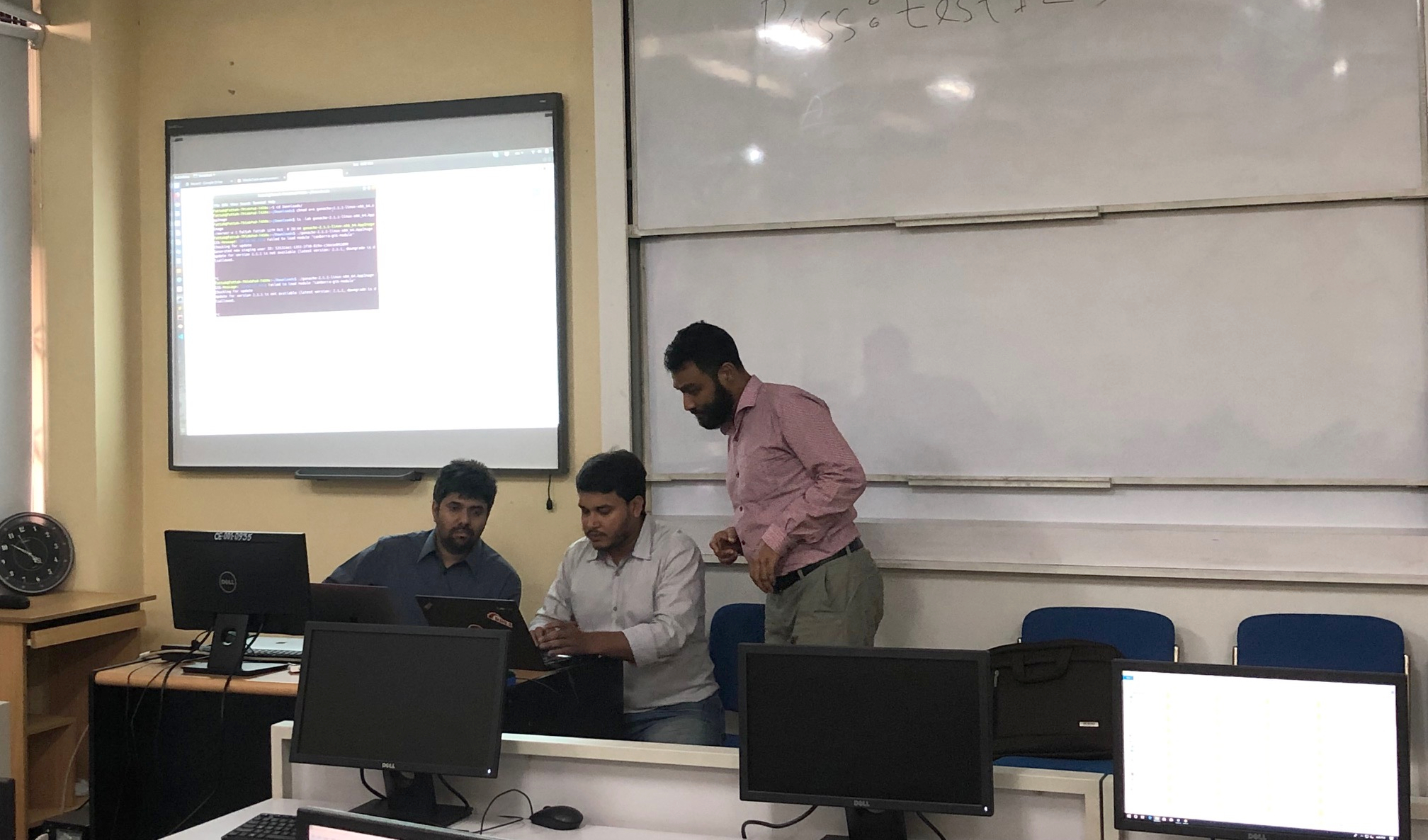 It was a fun day backed by a bundle of useful knowledge.