The Biggest Fear of Software Developers

The biggest fear of software developers is – staying relevant.

Software engineers are capable and highly demanded human resource, but they face a constant challenge. Technology changes every day. It is challenging to keep up with the pace.

We were building Ruby on Rails applications for startups. Then we hired PHP engineers because there was a huge demand for PHP based projects. In fact, our biggest project this far has been a PHP based project: Betting Expert

Jesper, the co-founder of Better Collective came to Bangladesh searching for a software company for his Betting Expert project. He met Nascenia Ltd. through a matchmaking session arranged by BASIS (Bangladesh Association for Software and Information Services). This resulted in two years collaboration between Better Collective and Nascenia which then became a tremendously successful partnership.

As Better Collective grew, Nascenia grew. At the same time, it was foolish to ignore the mobile industry that was enjoying tremendous growth. The smartphone sales were doubling each year. Millions of users were using different apps. So my team started to hire mobile developers. We decided to focus on two big mobile platform – Android and iOS. Why? Here is a quick look at the mobile market share 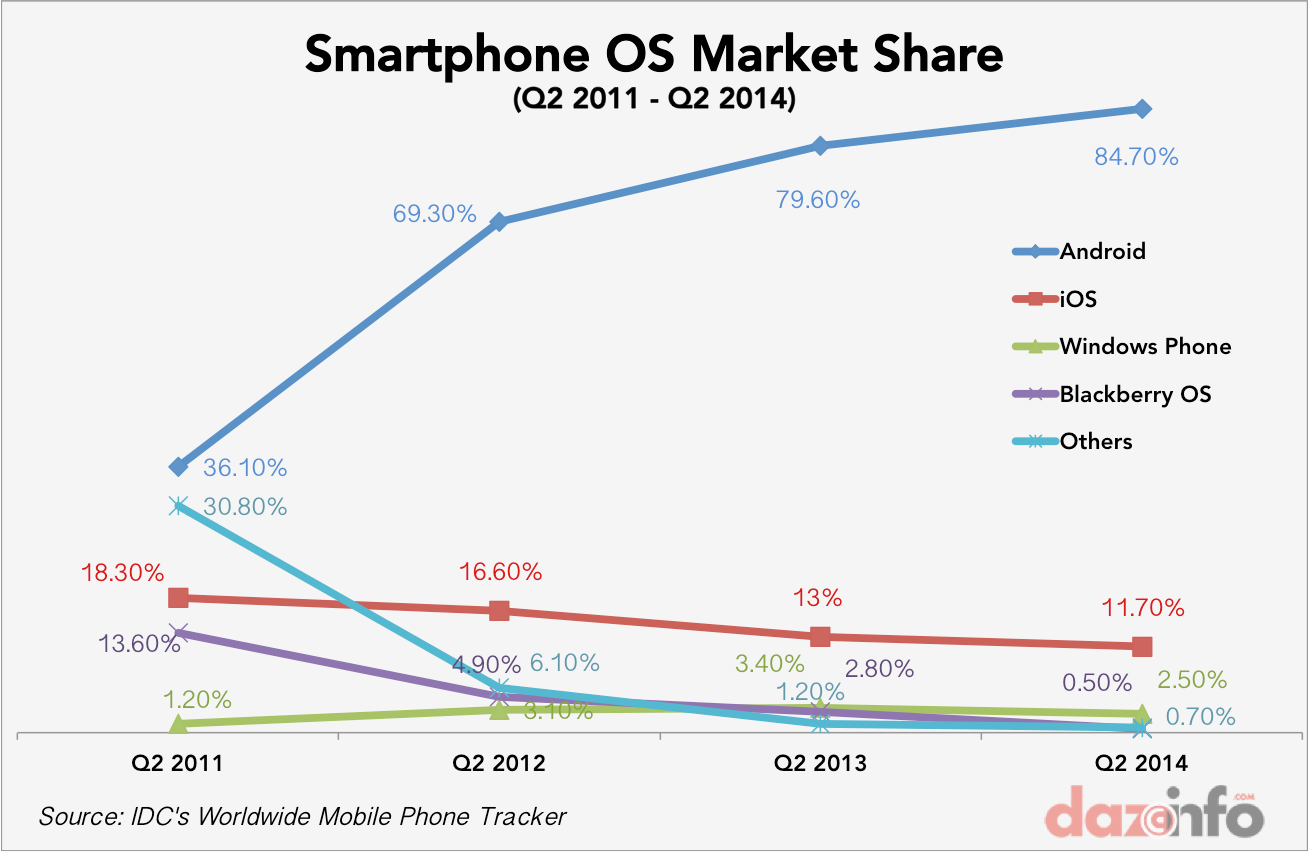 Android now has about 85% market share with 1.6 million apps. Apple’s App Store has 1.5 million application with smartphone 11% share. The 11% looks small but if you know that Apple has reached 1 billion iPhone sales in 2014 since its iPhone launch – that is a huge market.

Here is a forecast from IDC from 2013 to 2017 on smartphone market growth. 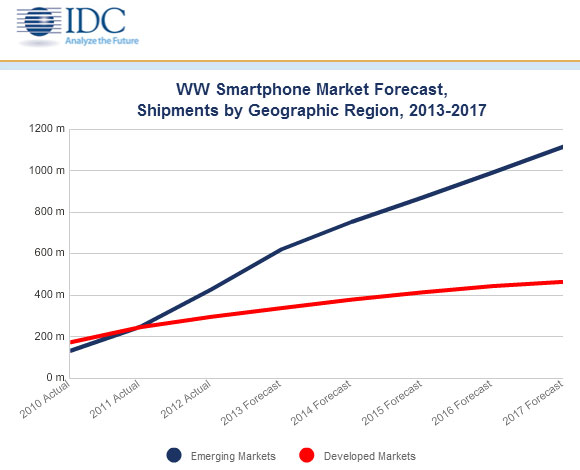 Such evolving is possible for a company, not an individual developer. A software developer cannot quickly jump from one language to another. RoR and PHP are different languages. Web and mobile are a different platform. You will often find one software developer specializing in one or two languages. It is similar to the language we use to speak. Suppose you are good at speaking English, then suddenly there is a huge demand for Arabic or Bangla. It will take time for you to learn and excel at it – in speaking and writing.

After working for several years some of the software developers become entrepreneurs. They form a company, build an MVP and if that wins the heart of the investor, they raise fund and grow. Unfortunately, the fund is not readily available in countries like ours (Bangladesh). Investor and entrepreneur do not have a well-structured fundraising platform. Banks require at least 3-year experience for a loan.

Lack of fund is a major cause why most software developers in developing countries focus on outsourcing instead of developing original products. Here is a look how the software industry is growing in Bangladesh. 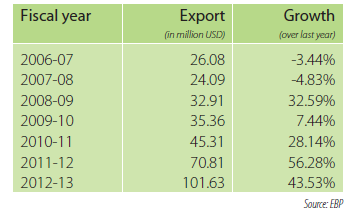 IT export growth in Bangladesh

Here are the sectors software industries are focusing on – 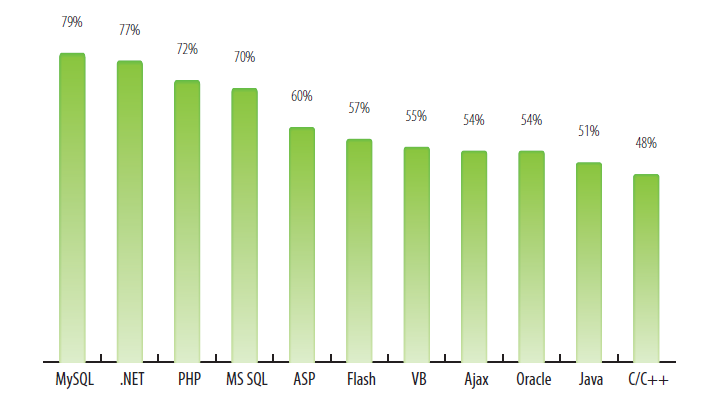 The software developers who are risk averse stay in the job and become managers. Here is the problem with becoming managers, at least in my country, the average software development firm employs about 10-50 people in Bangladesh. 1 software/project manager is required to manage for 6-7 member software engineer team. When, after a few years those engineers mature and look for a managerial position, many of them become redundant. That is because simply the IT industry is small. So they have to migrate to another country where there is sufficient demand or stay in the country and independently work on outsourced projects.

Technology evolves fast. The biggest fear is the inability to keep up. Everyone can change to a certain degree but a sea change in demand negatively affects the career of software developers.

For iOS development- is Bangladesh considered as a emerging market?
Can you please mention some key points regarding the impact of iOS development in BD?
Take Care, Thanks.

good observation & findings. why not a better suggestion followed by?