How Can TestRail be Integrated with Katalon Studio?

Did you know that you could integrate between Katalon Studio and TestRail? Katalon Studio is one of the emerging tools for automated testing, whereas TestRail enables you to handle and monitor the testing attempts of your software and organize your QA department. Now imagine an integration between these two tools. Sounds awesome, right? Here, we have presented how to integrate Katalon Studio with TestRail.

Katalon Studio is a free and powerful automation tool developed by Katalon LLC for API, web, and mobile app testing. It comes in a complete package and framework and brings ease to the whole test automation process. Testers can now test faster, better and ensure high-quality software through this versatile and user-friendly solution. This solution is trusted by an active community from 150+ countries around the world and was ranked as a top 2018 automation testing tool.

TestRail is a web-based test management tool developed by Gurock software for testers, developers to manage, track and organize software testing efforts. It follows a generalized test management process that helps in easy communication and enables rapid development of tasks across the QA team and other stakeholders. It can be used to track all QA activities from the 1st phase of the software testing life cycle. It also supports Requirement Management, Resource Management and can be integrated with many other tools.

Integrating both tools can be beneficial for the users of both systems. Test results from Katalon Studio can be synchronized with test cases from TestRail which will make it efficient and easier for testers to manage and report test coverage as well as test results.

At first TestRail plugin has to be installed in Katalon Studio. This plugin establishes the connection between Katalon Studio project and TestRail to synchronize tests, map test cases, and update test execution results in real-time. 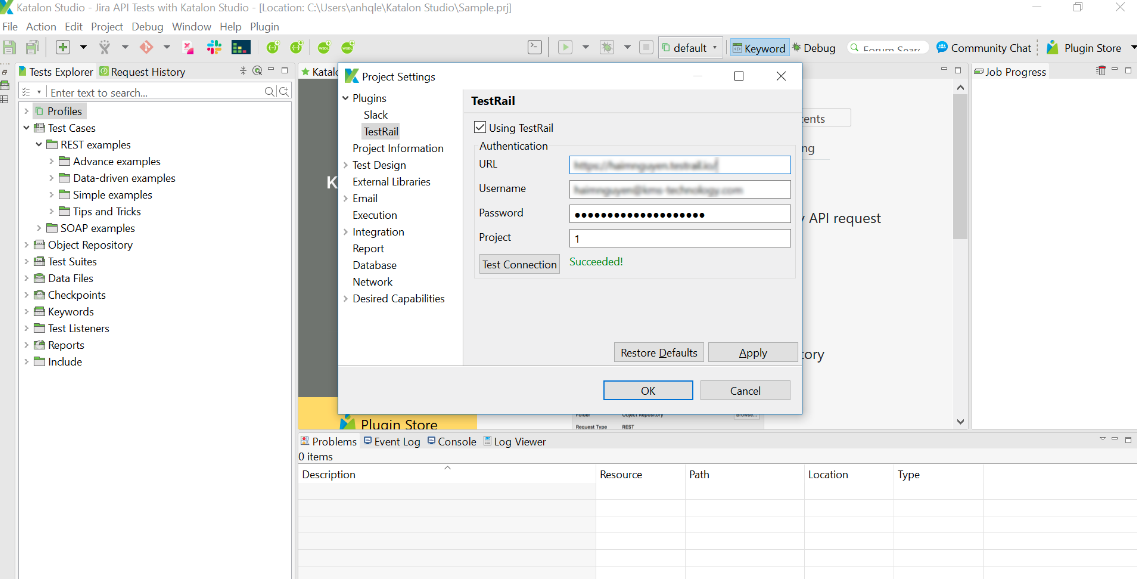 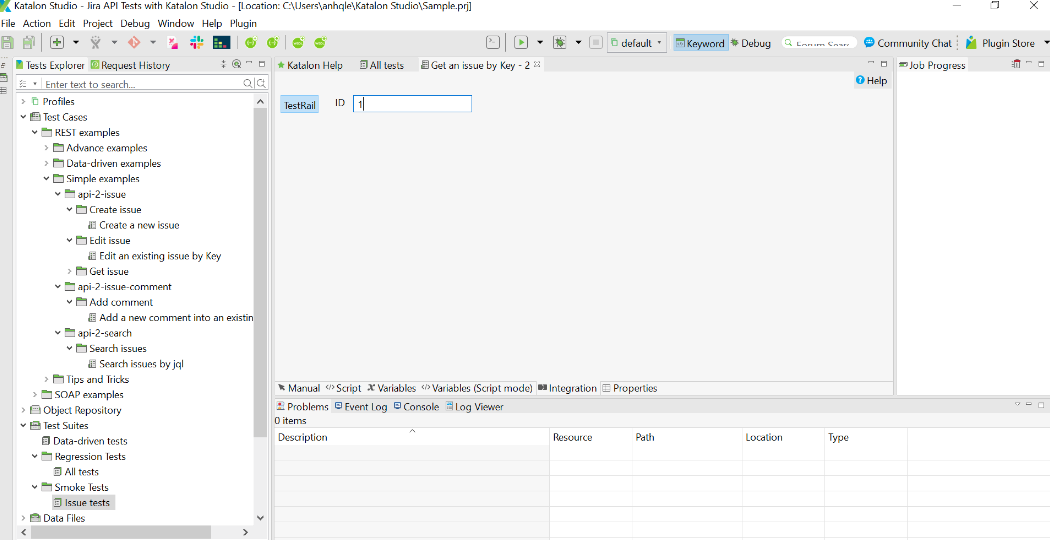 After running a Test Suite in Katalon, based on the Test Suite name, a corresponding Test Run  will be created or updated in TestRail

For example, let’s consider Test Suite is existing in both Katalon Studio and TestRail: 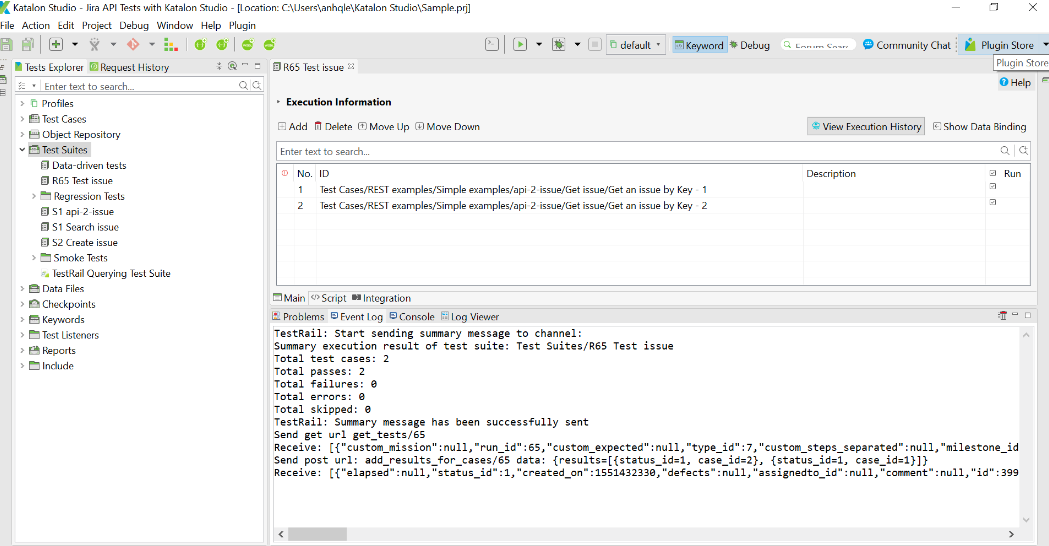 Test Suite exists in Katalon Studio but NOT in TestRail: 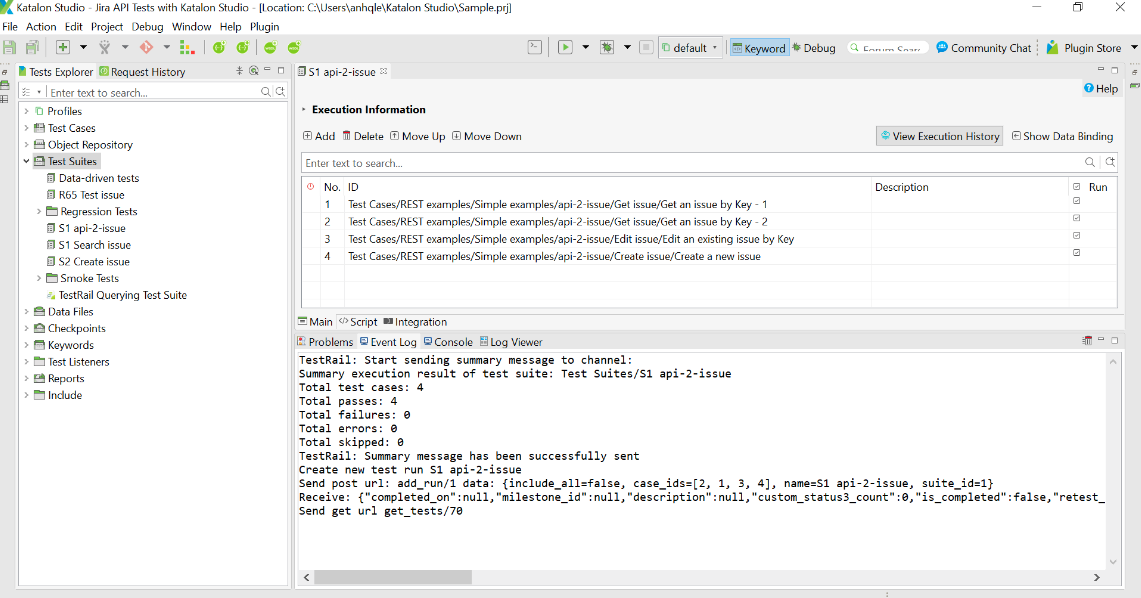 Enter Test Run ID. The result is going to be a list of Katalon Test Case in that Test Run.

Integration between Katalon Studio and TestRail not only helps users to reduce complexity and costs during their test process but also improves productivity and efficiency in automation testing and test case management.