Three revolutionary products in one device – these were the exact words Steve Jobs used for iPhone in 2007. Since then Apple is coming with new concepts and tools on a regular basis and users are going crazy for trendy features. iOS developers are needed to stay updated with the current trends as Apple is very specific about the app updates and the changes.

Previously we have seen the “Top Trends in Android Development for 2018”. If you are wondering about the trends for iOS, then let’s have a look at the upcoming trends of iOS which we are going to present only for YOU!!!

Apple users have been crazy about Siri since its inception and it is just growing higher. Apple has been working on deeper Siri integration constantly. With its artificial intelligence and contextual learning, it can truly act as your personal assistant now. It can not only manage your Apple services but also help you access your Citi Mobile App by offering a GPS pin. So, Siri’s AI is going to be trending in the upcoming years as well.

Businesses and big brands are willing to opt for IoT and want iOS developers to integrate it into their business apps. This motivates the iOS developers to build applications that can communicate with Internet-enabled devices and the success in GPS sensor-based technology in 2017 has made it more viable for them to take things further with consumer applications. So you can expect a major leap in IoT focused apps in 2018. 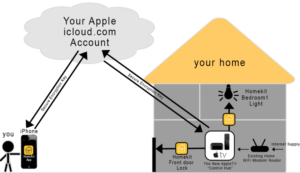 HomeKit allows your Apple devices to communicate with each other and Siri acts as their commander. This amazing creation by Apple will allow the iOS app developers to create such apps that can connect with Apple HomeKit to get control over your home appliances. This will definitely strengthen the IoT networks and it is expected to reach up to 50 billion by 2020.

Core ML, launched by Apple, will enable iOS developers to build highly interactive and intelligent apps with just a few lines of code. The best part of using CoreML in iOS app development is to enhance security. All these facts prove that iOS developers are going to develop highly smart and interactive applications with Core Machine Learning in the coming years.

The upgradation of Swift 4 will help the iOS developers to build faster, more secured and less memory consuming apps for your Apple devices. So we can really expect that the iOS apps will be more secure and developed faster with the help of Swift 4 in 2018. 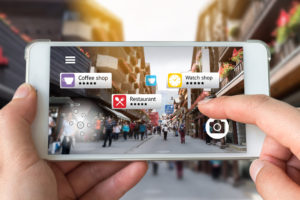 The concept of Augmented Reality (AR) is to merge the digital information and objects with your surrounding environment and take your apps beyond the screen. Apple has introduced ARKit for iOS developers to create better AR experiences for iPad and iPhone. Amazon has already joined hands with Apple’s ARKit and other big giants have invested in developing apps with ARKit. So we can predict to see more AR apps in 2018.

Apple pay is the digital wallet for iOS users. Since Apple does not share and store a customer’s credit and debit information, it increases the chances for the iOS developers to develop apps for easy cashless transactions. This security feature also indicates that iOS developers are about to follow a cashless policy and Apple Pay is going to reign for years.

In large organizations, employees are using iPad, Mac and Apple watch simultaneously and more usage of cloud storage will enhance its functionality and efficiency. So the trend of developing cloud-based iOS apps is on fire.

Apple has issued new set of instructions to all the iOS developers that all new iOS apps submitted to the App Store will be required to support iPhone X Super Retina display. So the iOS developers must get updated with the latest and advanced tools while building apps.

All we can say is JUST WOW!!! So much has been changed after the launch of iPhone X and iPhone 8 and many are yet to come. So all Apple fans, hold your breath for experiencing awesomeness in 2018.