I was very excited when I found out about the RedDotRubyConf 2016 in Singapore. As I have never attended a technology conference before, I was really fired up. Fattah & Khaled accompanied me to the conference. 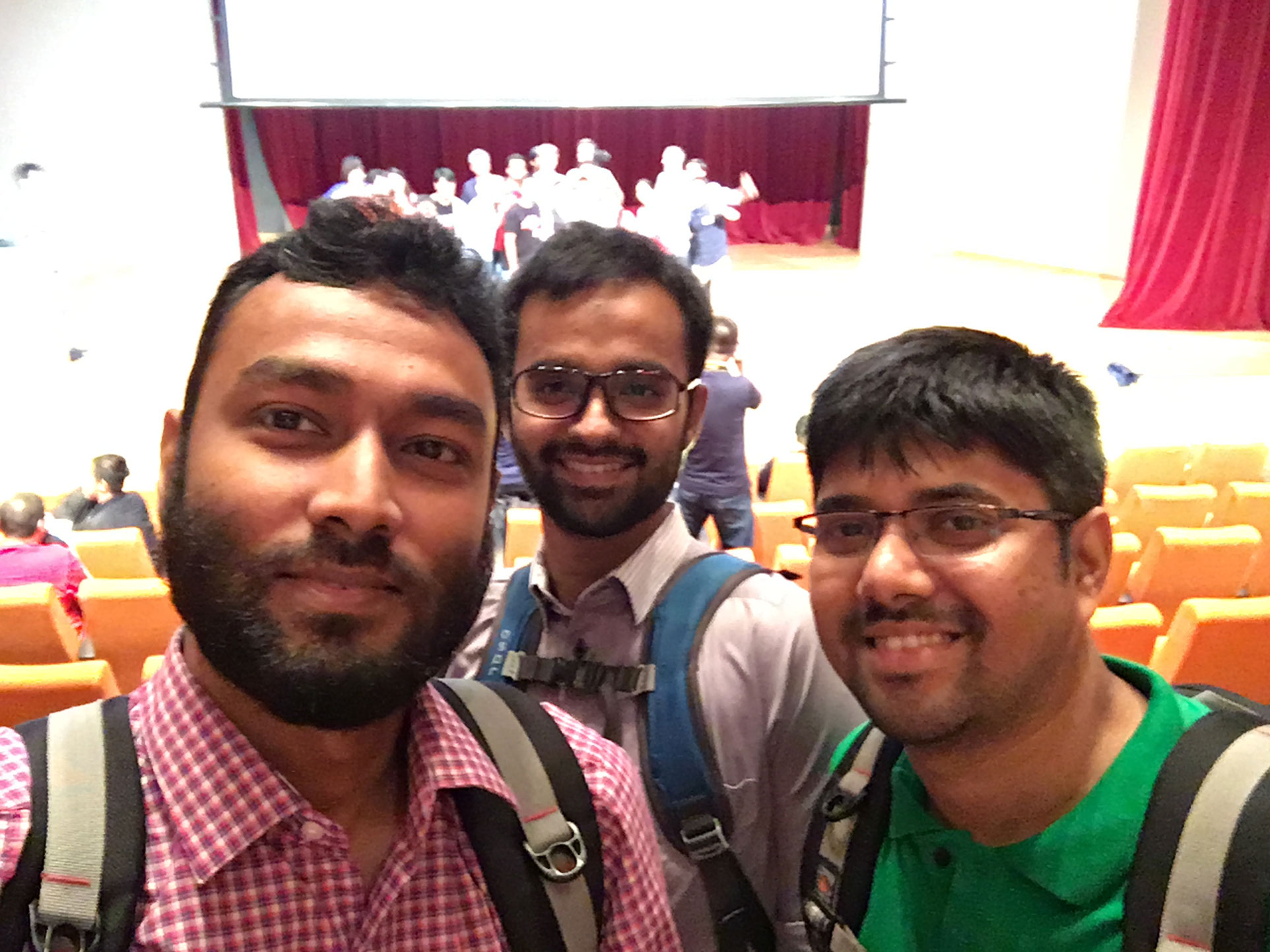 When I reached Singapore for the conference I was amazed by the scale of the conference. It was a chance to meet the celebrities of the Ruby community like Yukihiro Matsumoto, Aaron Patterson, Terence Lee, Godfrey Chan & many more.

Speakers are presenting on different topics

The conference started with the keynote of Yukihiro Matsumoto (Matz). It was a great privilege to observe the keynote of the ‘Creator of Ruby’. Matz started the presentation by sharing his philosophy behind Ruby – ‘We don’t want to care about small things’. Ruby is a dynamic programming language & dynamic programming languages have some limitations. One of the main limitations is that the errors are found only in runtime with bad error messages. Matz shared that he has the plan to introduce something similar to static typing, but it will also allow dynamic typing. Matz is calling it ‘Soft Typing’ and it will be available to us in Ruby 3. Matz has also announced the date of release of Ruby 3, which is before the Olympic at Tokyo (2020)!!

Prathamesh Sonpatki presented on ‘Secrets of Testing Rails 5 Apps’. He is Director at BigBinary. Testing Rails 5 apps has become better experience out of the box. In Rails 5, integration testing come by default and it has improved a lot.

‘Your API is Too Slow!’ was presented by Grzegorz Witek. His talk was focused on optimizing the back end. His first suggested introducing Content Delivery Network (CDN) for static assets & dynamic contents. CDN provides an optimize endpoint communication between a server and the users, depending on their location. We usually treat the database as a black box because of an extensive use of ActiveRecord or ORM. But by utilizing the power of database we can speed up our backend a lot. We can also use cache, upgrade the libraries, move processing to a background to improve the performance. And if all of these doesn’t work, we can rewrite ‘the portion’ in Go.

In the Lightning Talk, Jo Cranford shared her research result on ‘Where did everybody go?’. We have a concept that employees usually leave jobs because of bad managers. But her research doesn’t indicate that. Rather ‘Development Opportunity’ of the employee has a relative impact on his commitment by 52%. Second, comes leadership with 28%. And managers come with insignificant 12%. So lack of career development opportunities usually makes the employees leave the company.

The second day started with the keynote of Aaron Patterson on the Garbage Collector algorithm of Ruby. The topic was complicated but Aaron’s sense of humor made the talk really captivating.

Ruby is lagging behind in scientific computing. Sameer Deshmukh introduced some libraries for doing scientific programs in Ruby.

Konstantin Hasse ’s talk was really interesting. He is the co-founder & CTO of Travis CI. Travis CI has employees all over the world. So it is really hard to define a salary structure for a diversified community of developers. So Hasse developed a Sinatra app to do the negotiations on behalf of the company. It considers the living cost & industry average of a particular country & offers a salary to the developer.

Yasuko Ohba is the President of Every leaf Corporation, which provides software development service mostly with Rails since 2007. As they are developing applications in Rails for so long, their many applications are developed in the old version of Rails. She shared her experience of upgrading an application from Rails 2.3.5 to 4.2.1. She discussed some ‘super bad’ Rails code patterns they encountered and how they have refactored them.

Yuki Nishijima is the creator of ‘Kaminari’ gem and one of the founding members of Pivotal Labs Tokyo. He is a Ruby committer and also contributes to open source projects including Rails. He shared 20 tools & techniques to make development faster & easier.

The two days conference was very engaging. The ambiance was full of positive energy. It was a lifetime experience to meet so many great Ruby developers. We can easily go through the talks later on youtube, but being their life gave me goosebumps.