Nascenia Joins the Largest IT Fair in the World: CeBIT 2014 – Part II

When I was standing in front of our stall, I saw a crowd move fast. All on a sudden, I realized that Angela Merkel, the German Chancellor is in front of me; we were just about 15 feet apart! After some time I saw David Cameron, the Prime Minister of the UK. His speech revealed the technology plans of Britain in the upcoming days and an urge to work closely with Germany.

The UK was the co-host of this years’ event with the slogan “Business is Great Britain”. 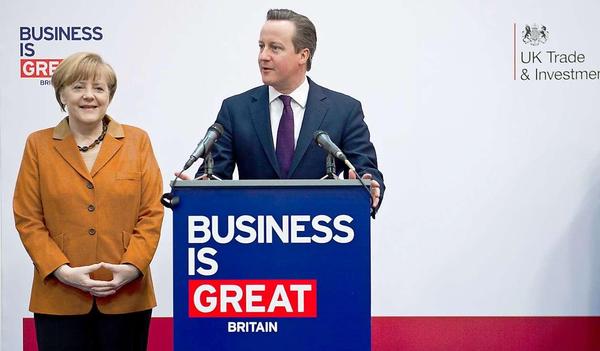 David Cameron, the Prime Minister of the UK is giving a speech on the technology plans of Britain in CeBIT 2014.

I heard a rumour later that, the Chancellor and Prime Minister did not talk much to each other with warmth! Guess why?

“If you want to foresee technology trends, go to Cebit”

My two cents for the future based on Cebit –

The way data are moving in terms of volume and speed, it will be immensely valuable in future and extremely Big Data will play a big role in it. Good thing is, Nascenia started doing a project in Big Data even before visiting Cebit.

People will be more attached to technology in their day to day life, wearable devices will take place of the current technologies that we are using.

Researches are going on with 5G technology; with 4G, an 800-megabyte movie takes around 40 seconds to download; with 5G that would be cut to one second. Stay tuned!

Internet of Things can be the next big thing. It could allow literally billions of everyday objects to talk to each other over the internet – using low-cost, low-power chips (i.e. Electricity meters that talk to the grid to get you the best deals, Health monitors that keep an eye on your heart rate, Water pipes that warn of a fall in pressure).

More investment, research, and development will take place in the IT Security sector. Edward Snowden’s incident or tapping the German Chancellor’s phone added fuel on this.

It was the most engaging five consecutive days in my life. I hardly got any time to eat or drink or sit. However, it was one of the most exciting days of my life. You do not get to meet so many technology companies and people in a specific fairground. The organization of this mega event was superb, everything was perfect. After the fair was finished, most of the stalls were moved in an hour! Amazing engineering excellence.

As the Cebit is over, we are in touch with the companies we met, friends we made and implementing things with the knowledge that we acquired. Who knows, we might bring some exciting products beside our offered services in 2015!