Last year was the first time we visited Barcelona to attend MWC 2016. This year, we went back with higher expectations of tech innovations, and we were not disappointed. MWC 2017 was a bridge between past glory (with Nokia and Blackberry making a comeback) and new technology (5G and LPWA), with unexpected rising stars in the limelight (LG and Huawei). 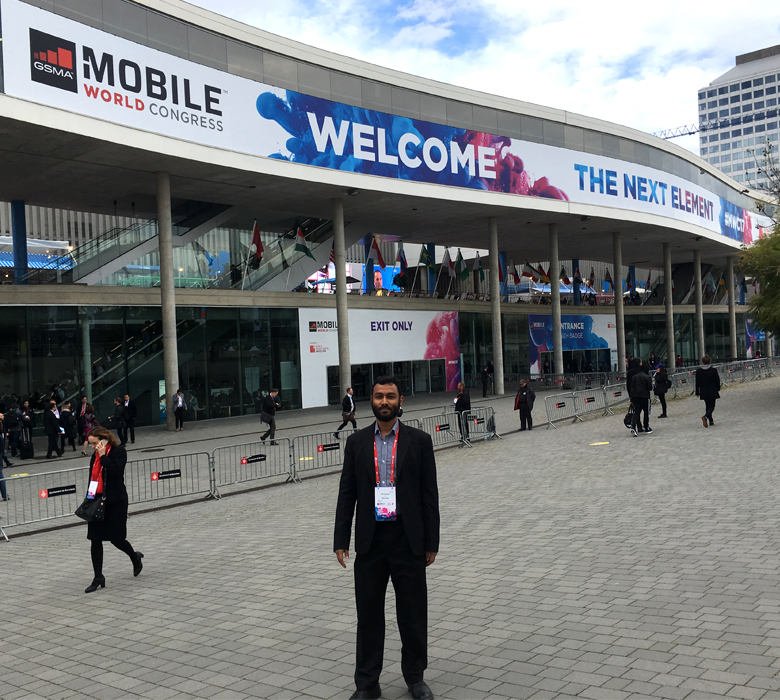 “IoT” and “connected devices” were the buzzwords at this year’s MWC. The IoT Conference showcased the possibilities in technological breakthrough through the support of NarrowBand IoT (NB IoT) and LTE-M, which are Low Powered Wide Area (LPWA) technologies. NB IoT is one of the dominating 3GPP standards due to its long life, low speed, and reliable data transfer that makes connectivity of inexpensive objects over long distances affordable. This poses opportunities for cost savings in logistics, industrial appliances, business processes, and much much more. 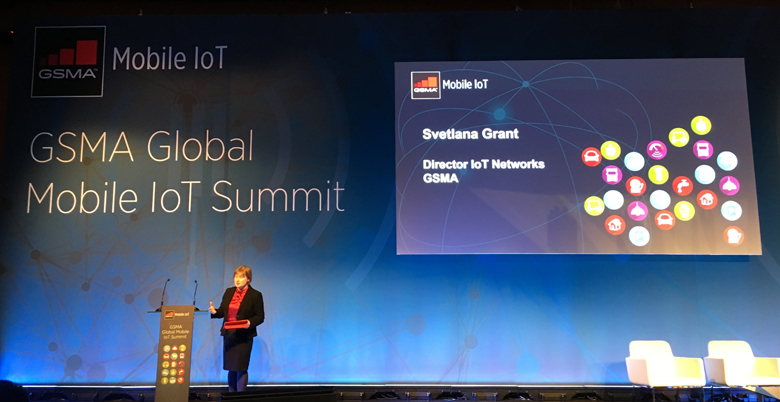 Internet of the Seas

NB IoT is already joining the environment protection league by enabling the observation of the seas in order to track climate change. The University of St Andrews Sea Mammal Research Unit (SMRU) has been tracking seals to find out the reasons behind their population decline by a staggering 70% over the last decade. They are developing telemetry tags using NB IoT technology, which will enable them to track the seals over a wider range, at the same time being less bulky and intrusive for the seals to carry. Not only will it track the seals’ behavior, but also observe water salinity, temperature, and even underwater sound! 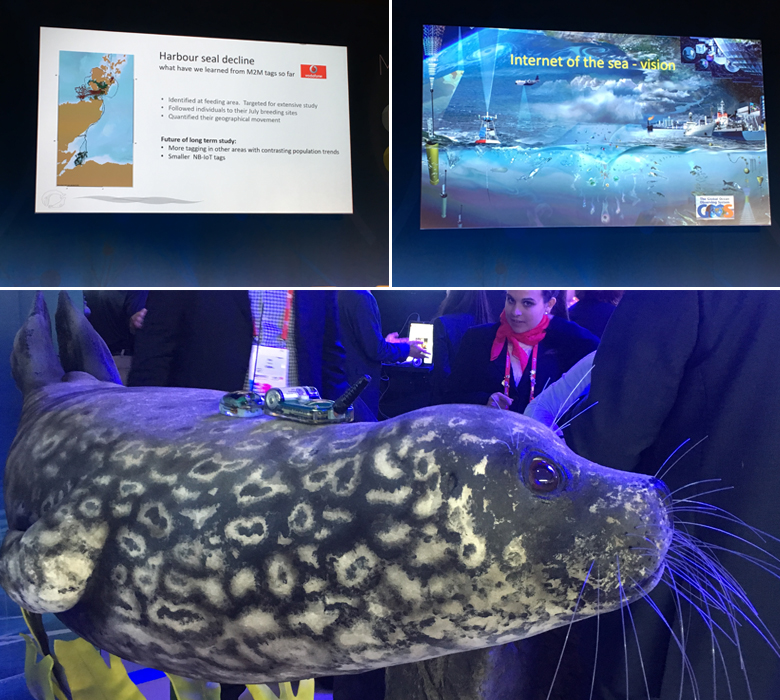 RM2 International has been developing IoT smart pallets using LTE-M LPWA network, designed to enable greater visibility of the movement of cargo across the supply chain. Data at the pallet level can help analyze supply chain processes through extensive geo-location data, redesign processes to make it more efficient, and at the same time reduce thefts and increase accountability. 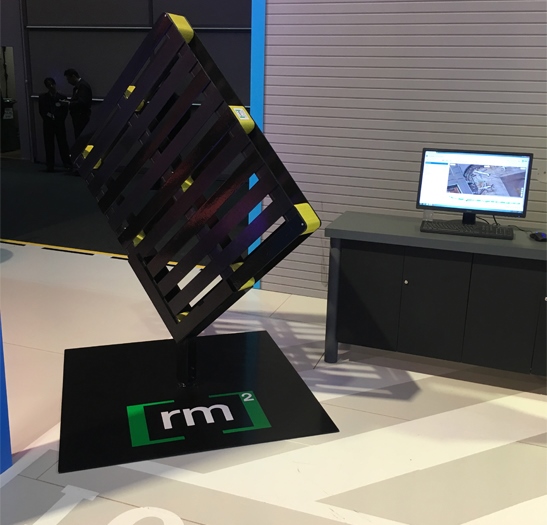 The potential role of IoT in enhancing supply chain processes was further evidenced by Geotab’s partnership with Altair and AT&T. Altair, the leading provider of LTE chipsets, will be equipping Geotab’s IoT enhanced fleet management with CAT-1 chips. These chips will be operating on AT&T’s LTE network. The battery life of the CAT-1 chips are expected to last 7-10 years, and can extensively monitor in-vehicle activity in real-time, as well as detect and notify accidents.

IBM’s Watson is a supercomputer that processes data at the rate of 80 teraflops to match that of a human. At the Conference, IBM showcased how they teamed up with the US Women’s Team Pursuit Cycling to enable the real-time data analysis of the team’s performance through the use of Watson’s IoT platform.

Before, the team used to have to wait for days at a time for the information to be analyzed, and thus make decisions based on past performance. Now, using the data from meters and sensors that are uploaded super fast through IBM’s cloud using Watson IoT platform, the coach can analyze the data on an iPad and give feedback on the team’s performance while they’re on the track! The technology was one of the elements that significantly improved their performance, enabling them to win gold at the UCI Track Cycling World Championships 2016.

The Internet of Payments

With IoT devices such as Alexa and Google Home, it is expected that in the near future, connected devices, such as washing machines, refrigerators, etc., will order services and make payments for these services, in order to ensure that the owner’s home is well looked after. In order to make payments by intelligent connected devices secure, Visa has been developing their tokenization system whereby the devices will be equipped with limited use tokens specific to the purchase required, and usable by that device only. This will reduce security threats as you will no longer have to share your credit card number with the device. 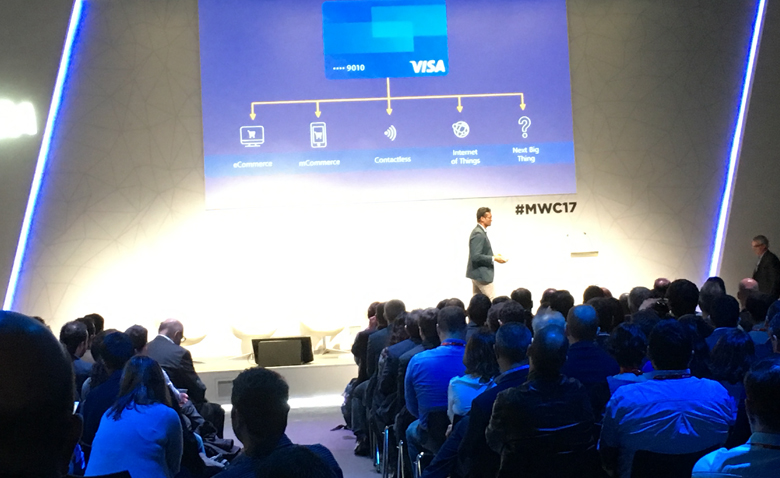 The 4YFN platform is a special platform for tech startups to have their innovations recognized. While there were many amazing startups present, what particularly attracted us were those concerned with Artificial Intelligence (AI). It was amazing to see that the technology behind chat prediction may someday even predict the future! Two promising start-ups that we came across were Hu: toma and Reply AI.

Hu: toma AI is a deep learning technology through which chatbots can be taught to carry out complex conversations through chat examples. What sets Hu: toma apart is its marketplace where developers can market and monetize their AIs.

Reply AI also helps automate conversations and supports most chat applications using native custom UI elements. It takes more of a hybrid approach so that human intervention can be aptly taken when necessary, or when the bot signals for it.

In the mobile device category, LG’s G6 stood out with its 5.7 inch display, coupled with its aluminum and glass body. However, Nokia’s revamped 3310 had the largest crowd gathering, ironic in the sense that it’s a feature phone in 2017! Blackberry, too, played on the pull of nostalgia, revealing the KeyOne which has a touchscreen becoming of an Android smartphone, while retaining Blackberry’s signature keyboard. The new Sony Xperia XZ Premium was all about its incredible Motion Eye camera that meticulously captures slow motion videos, hats off to Sony’s camera technology. But so was Huawei’s P10 which boasted of Leica dual camera. One camera is equipped with a 20MP sensor to capture monochrome details, while the other is equipped with a 12MP color sensor that captures RGB details.

These were nitbits of the various emerging technologies that left us stunned by the rate at which technology is advancing. Indeed, it seems that The Jetsons are getting a reality reboot! We can’t wait for MWC 2018 next year when the possibilities of IoT and connected devices, coupled with a 5G network, will undoubtedly have made even greater breakthroughs.