Microsoft .NET is a software development language used to develop applications and exists in two main forms: .NET core and .NET framework. Both frameworks are very similar but they have key differences and advantages. This resource will give you an overview of each and provide a list of key differentiators between .NET core vs .NET framework.

What is .NET framework?

.NET framework is the original .NET software used for the development of server-side applications. Since it’s original release in 2002 it has been updated regularly to keep up with the pace of change in software development. .NET framework is supported mainly by Windows in the UWP, WPF, and ASP.NET MVC forms.

What is .NET Heart?

.NET Core was released in June 2016. It’s main purpose was to make .NET framework functional across different operating systems such as Mac and Linux. This cross-platform capability is the key difference between .NET core vs .NET framework, however, there are some other subtle differences that are outlined below.

Unlike .NET Framework, .NET Core is both open source and cross-platform. It further comes with several new features to simplify the development and testing of desktop, web, cloud, and mobile applications. Also, it allows developers to deploy applications in a number of ways. But .NET Core does not support all features and functionalities of .NET Framework. Hence, it becomes essential for developers to understand the major differences between .NET Framework and .NET Core before switching to the most recent version of the popular software framework. 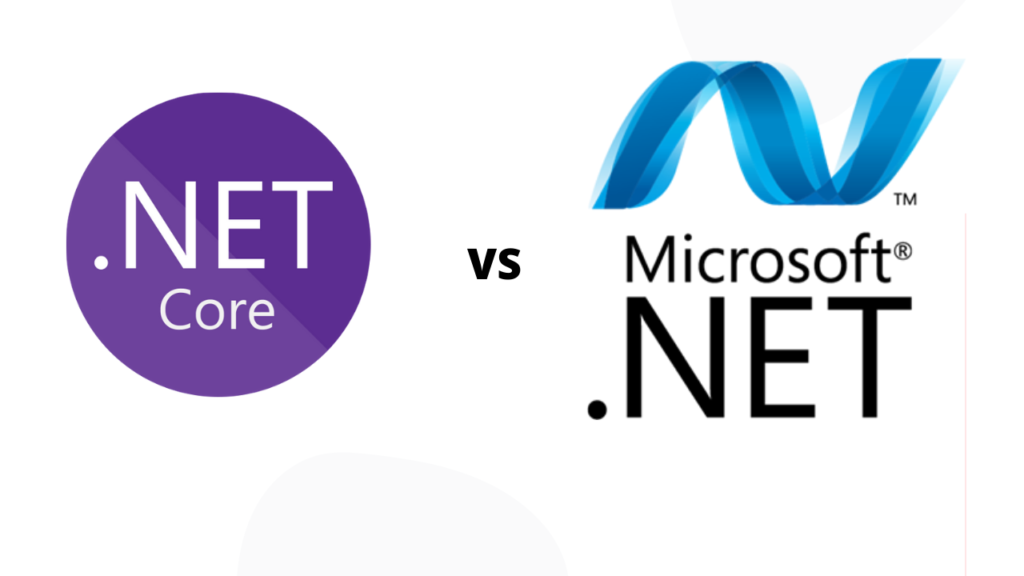 While the choice between .NET Core vs .NET Framework essentially depends upon the type of application to be built and the platform on which it is to be built, there are many factors that must be considered before choosing a framework for your next web development project. A few of these factors are discussed in the blog.

When to choose .NET Core?

Now that we have a clear idea about the core advantages of .NET Framework and .NET Core, we need to understand for which development tasks they are ideal. Here are the key scenarios where .NET Core is as an ideal technology.

When to choose .NET Framework?

When it comes to .NET Core, it is definitive that for the next decade or so, the latest and greatest features will appear on this platform. However, the .NET Framework will give you a stable platform to build a robust application, which may be behind the .NET Core in terms of cutting edge features and innovations.

So, basically, it’s not so easy to pick one amongst the two formidable frameworks. It all depends upon your project requirements, whether to go ahead with .NET Core or .NET Framework.