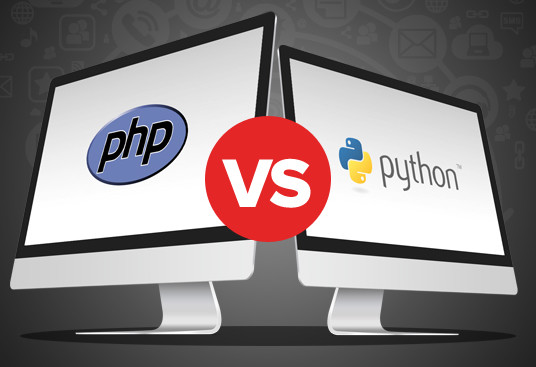 There are many languages in programming. Each of them has some predefined and special tasks. Both PHP and Python have their special set of keywords and syntaxes for organizing their programming commands.

Today, we will compare them by their popularity, uses and availability.

Common Ground for both languages

PHP is the most popular scripting language

It is fast, flexible, widely-used scripting language for everything from a simple blog of the most popular and dynamic websites in the world.

It is not suitable for making desktop application. It’s error handling was traditionally poor but it will improve from next version (PHP 7). It is considered to be less secure compared to Python. 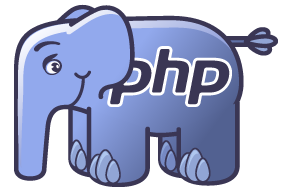 It is secured and very high performing web framework for PHP. It has very active contributors. Its proven history of success running business critical and high-usage applications.

It is a set of PHP components , a Web Application framework, a Philosophy, and a Community – all working together in harmony.

It is a free, open-source PHP web application framework with expressive syntax. Now-a-days it is one of the most popular web framework among PHP developers.

A full-stack PHP framework delivered as a C-extension. Its innovative architecture makes Phalcon the fastest PHP framework ever built!

It is an online, open source website creation tool written in PHP. But in non-geek speak, it’s probably the easiest and most powerful blogging and website content management system in existence today.

It is an open source content management platform powering millions of websites and applications. It’s built, used, and supported by an active and diverse community of people around the world.

It is an award-winning content management system, which enables you to build websites and powerful online applications. Many aspects, including its ease-of-use and extensibility, have made Joomla the most popular website software available. It is free and open source solution.

It is widely used high level programming languages. The elegant design and syntax rules of this programming language make it quite readable even among the multi-programmer development teams. It supports multiple ways of building the structure and elements of computer programs, including object-oriented and functional programming.

It focuses on automation and DRY (Don’t Repeat Yourself) principle. It makes easier to develop web application with less code.

It allows to develop a database-driven, ready to extend application in minutes. It has Object Relational Mapper (ORM) supports.

It is a micro framework for Python based on Werkzeug, Jinga 2 and good intentions.

It runs on Zope application server, which is written in Python. It is a free and open source content management system. It is positioned as an Enterprise CMS and is commonly used for intranets and as part of the web presence of large organizations.

It is an open source content management platform built using the Django framework. In some ways, Mezzanine resembles tools such as WordPress that provide an intuitive interface for managing pages, blog posts, form data, store products, and other types of content. But it is also has some more features, unlike many other platforms that make extensive use of modules or reusable applications. It provides most of its functionality by default. This approach yields a more integrated and efficient platform.

So which one is better option to use and learn?

The answer is – “You can do everything with both of them”

Both are good options and they have different purposes and history. There is no real good or bad answer. It always depends on what you want to accomplish. However, if you ask my preference, I would choose PHP over Python. Thank you for reading!

Nice Article but just one thing PHP community recommends “PHP-GTK” to develop desktop application with PHP (http://php.net/manual/en/intro-whatcando.php). Yes phpdesktop is also great but you could refer both of them.