Like the previous year, 2018 is expected to be a good year for android application development. This year started with a bang with the recent unofficial announcement of Android P being developed by the Master Branch of the Android Open Source Project (AOSP) in the AOSP repository. That will surely act as a trigger for both the developers and enthusiasts alike. The following are the hot topics in the Android Developer Community for this year: 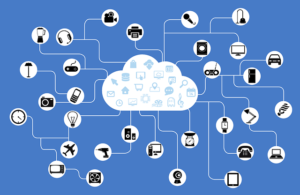 The Internet of Things (IoT) is a set of connected devices, vehicles, home appliances and other items which are shared over a network and can connect and exchange data through it. IOT allows objects to be sensed and controlled remotely, thus requiring less human intervention and assures greater efficiency, accuracy and economic benefits. Also, IOT creates opportunities for greater integration of physical world into the computer-based system.

Since its introduction at Google I/O developer conference on 2016, Instant Apps have been garnering curiosity among the general Android users and enthusiasts. Initially only available for some select developers, Instant Apps have been released for general use on May 2017. Instant Apps enable users to use the particular function of an application without installing it on the device, thus saving space. Also, the instant apps load much faster, are easy to share and easily accessible anywhere and anytime.

Accelerated Mobile Pages (AMP) is a necessity nowadays for the countries where the internet speed is significantly lower for the time being. The AMP project aims to enhance the user experience and to make it convenient for them to access the necessary information in a faster and better way. It enables the web pages and ads to load instantly and gives the users a smooth and more engaging experience.

Nowadays, need for the security of personal and sensitive information is heightened more than ever before. The increasing number of smartphone and internet users are the reason behind it. Many people are not serious about the security threat that has been present for a long time as the smartphones have become a part of the everyday life. So the developers are focusing on building better UX with more security features.

The success of Dropbox, Google Drive, and other cloud-based apps has to lead the developers to develop more cloud driven apps. The reason behind it is the increasing use of cloud technology, which made easier and quicker access to information without using the physical storage.

The development of AI has long been a trend in the ADC. Like Google TalkBack and Voice Search to the recent craze regarding Sophia, AI is the buzzword in the ADC and users community alike. Machine learning is another aspect that has much potential. The apps are focusing on enhancing the user experience and what is a better way to do that except learning it from the users themselves? Bots are getting smarter and learning how the users prefer their information to be handled. To get the first-hand experience (I am sure you already have) go to your smartphone and just use Google Now. 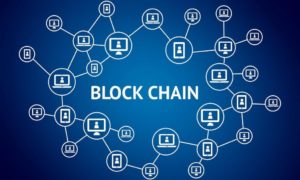 Nowadays, bitcoin is one of the most talked about topic in the internet community. The technology behind it has garnered huge interest overall, which duly prompted me to write a blog about it. There can be other usages for the technology like in banking, accounts maintenance, smart contracts and voting just to name a few.

Mobile payment is another feature that has taken the world by storm. Increasing number of customers are engaged in online shopping through mobile applications. But the introduction of Apple Pay and Google Wallet has made the customers to shift to m-commerce from e-commerce. In the last few years, the payments made by mobile devices have increased almost triple the amount since its inception. That makes it one of the most desired aspects for the developers.

Nowadays, people want to ease into doing anything and everything. So, the on-demand apps are like hotcakes for them. Different service based apps are being downloaded by millions of people every day throughout the world. More and more service-based companies are using their own apps, which leads to the surge in demand for the developers to develop customized on-demand apps.

That sums up the recent trends in the developer community for this year. If you are an Android enthusiast or a developer, there is a lot to look forward to in terms of development and user experience. Hope this will get you all hyped up for the upcoming months.